It was back in 2011 that I turned Roslin’s nursery into her toddler bedroom but now that Roslin is almost 5 and will be starting School soon I decided for her birthday she could get a big girls bedroom.  At the time I decided that I had just had a party in a hall with around 30 children so decided this time something a bit more quiet but still it was something I could get my teeth into planning.

My parents were first to get the ball rolling and they offered to buy a bed for Roslin.

The bed we choose was a Mayfair mid sleeper from Sleepland Beds.  This was great for us on many different levels the storage under the bed allowed more room space and as the desk and drawers were individual units it allowed the desk to be moved around the room if needs be and were not just attached to the bed frame.  This bed also has shelves built into one side which keeps the ends nice with no gaps visible.

Now that the bed was taken care of I decided to look into a dressing table, after our my little Rapunzel needs somewhere to sit comb her hair.  Now there is a load of choices out there with small tables for toddlers, or ornate stuff that you would be scared to even sit some perfume on.  I decided I wanted something grown up, something that would stand up to time, I looked into different styles and went for a simple dresser from Amazon.  This dresser is good for our purpose, it comes with a mirror with two small drawers perfect for clasps and bobbles, next up the desk is narrow and this will not look too filling in the bedroom and also has a storage drawer for all those girly nick-nacks, open legs will also give the appearance of more space.  A large bonus with dresser is the price of £106 inc delivery.  It comes with a stool but we will not be using it.

Next up has been the bain of this renovation, toy storage.  Although this has been called “the big girl bedroom” she is still just five and with that comes toys… a lot of toys.  So I needed something that would again suit the room but not swamp the space I have left to work with.  I decided on Argos Squares collection.  I went for a 6 cube with 4 cube to go beside.  Simple design, free delivery and £55 for both.

Now I love the look for the cubes with everything on display visible but I still want the ability to hide away some of the toys.  The size of the cubes in this set gave me a bit of a headache as the are narrow and the canvas storage boxes were all too big or way to small.  So I looked at baskets and found another deal on Argos Three Seagrass storage baskets for £10.  The only down side was that they were a few centimeters too long for the shelf but when up against the wall they were able to hang a little over the back and still look flush.

Now that the big items are taken care off it’s time to choose the girly items and turn her white canvas into something pretty.  I started with bedding as this was really going to set the theme of the room.  Asda Whimsical range proved to tick all my boxes in design colour and affordability.

With this my colours were now decided and a theme was coming to mind.  A couple of friends who are expecting soon have been working on painting rooms with a jungle theme and a garden theme with a tree and birds.  I do like to paint but I would be worried about the final result to instead I opted for stickers from Aliexpress for $8 with free delivery.   I went for the bird theme as I thought again that is was something that was pretty and wouldn’t date too quickly.

When we moved in there was a light already for a kids room up and we left it, it was a spotlight of airplanes this was not very in-keeping with the theme so it has to go.  Instead I wanted something with a bit of pizaz and something that would add a touch of glamour and fun to the room so went for multi coloured dangling light shade from buildersironmongery for £25 excluding shipping.

I wanted to do something a little different for lighting at her dressing table, I wanted to make it girly and try to make it a little more individual so I invested in some butterfly fairy lights from John Lewis for £20.  These beautiful lights are going to be attached around the frame of the mirror to give her lighting.

Even though I had started to look for pretty stuff storage was still on my mind especially with swords, collapsible buggy’s, and dangle toys these would not fit into the baskets.  I tried to find an umbrella stand that I thought would fit all her bits ‘n’ bobs but these proved to be quite expensive, seems that is the price we pay for living in the UK so I looked into a tall narrow bin to use instead that I can customize it with some ribbons.  I picked the Umbra skinny bin from Amazon for £12 inc delivery as it is sturdy enough that it should be able to support my customization plan for it.  I will be using ribbons for tie backs.

Having a break from storage I decided to concentrate on her window.  She had a roller blackout blind which had orange ribbons attached which was done for her nursery.  I wanted to soften this so wanted to find a suitable curtain pole and voile curtain to give some texture and soften the window.  I went for the kids butterfly pole from B&Q for £15 and Boucle Voile Cutain from TerrysFabrics for £10 excluding delivery.  I am thinking of changing the colour of the rollerblind  to a pink blind instead of the cream as it would fit better with the other items in the room and will provide contrast with the curtain I found the Kona black out blind from B&Q for £20 was perfect for what I wanted. 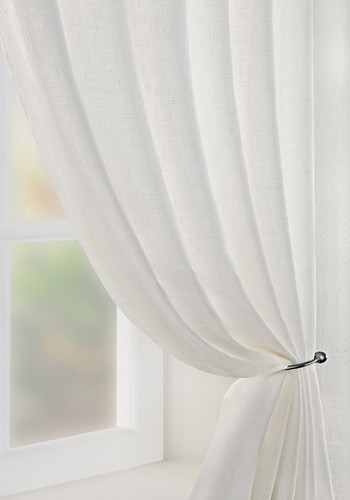 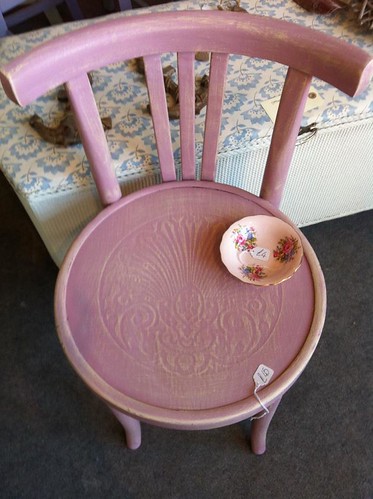 Now my plans have turned to using some of my crafting skills by making bunting and in some of the same fabric used in the bunting make fabric hanging bookshelves.  Which will be in the next part, more to come soon…

I've decided to give in to my white hair and start