Roslin is a fan of My Little Pony Friendship is Magic so when the feature film Equestria Girls came out Roslin was very excited and after hours of her singing one of the songs from the show it was easy to decide what to make her for her Christmas. 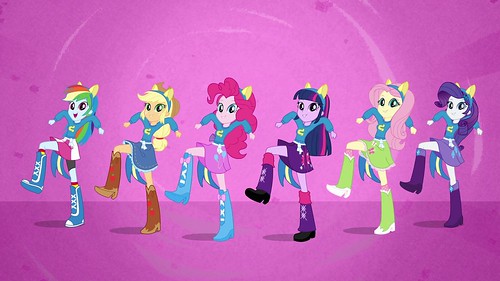 One of the items for the costume I was going to need a little help with all the girls were wearing a blue jumper with a horse shoe on the front. I am not much of a knitter so I borrowed the skills of my mum to help but knitting a plain double knit blue jumper. The pattern was in a booklet with school jumpers and cardigans and the colour was based on the fabric I had picked up for the tail and ears. 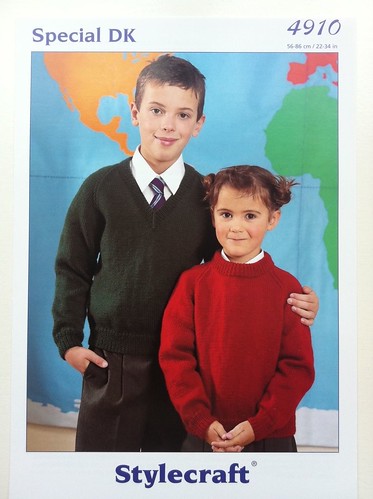 While my mum got to work on the jumper I started on the tail first. I used a similar fabric as I did the fox costume that I picked up from Remnant Kings, I used Turquoise Fleece and the same fleece in Lemon

The tail is made starting at the top with the blue section but making sure the ends are only kept seperate to make the points. I pinned the ends and sewed them at the end once most of the body of the tail was sewn together. I kept the end open to allow for stuffing and sewing up the tips. 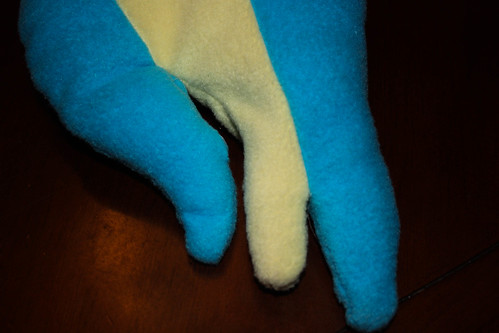 Once the tail was sewn and stuffed I attached a strong ribbon to the end as to act as a belt. 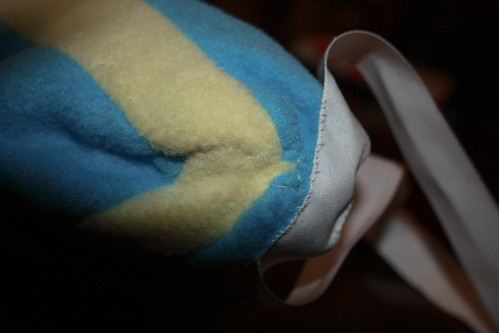 The ribbon had velcro attached to it so it could overlap and wrap around the body which would make it easy for Roslin to get on and off. I used a little spare ribbon on the outside for detail.

Once the belt was attached the tail was complete. I kept it fairly short as it was for Roslin but length of tail could be made longer for different sized bronies. 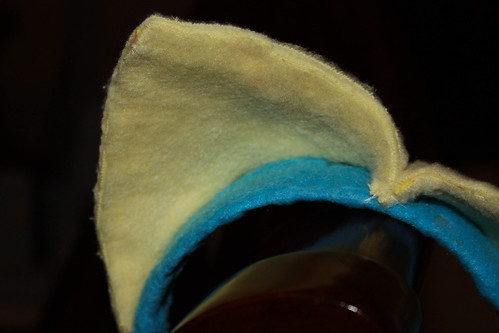 I managed to sew the ears onto the headband but f I was to do this again I would do this either before the fabric was glued on to the band or just simply glued them into place. The problem I had was glue was so hard that sewing was difficult to hand sew. 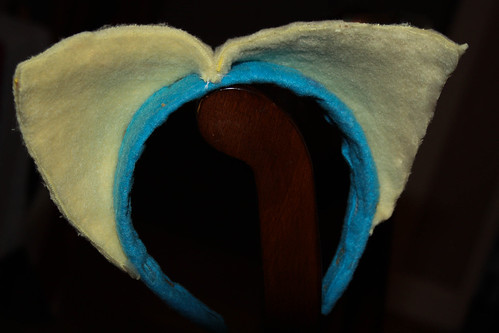 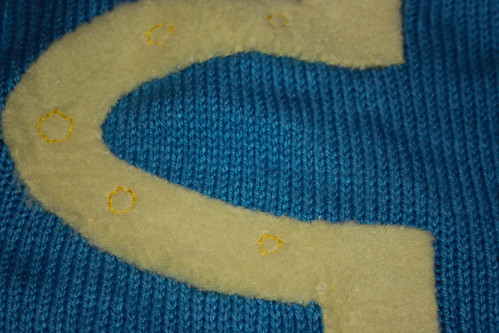 For detail I used embroidery thread I use for my cross stitching to sew in small circles to look like the rivets on the shoe. 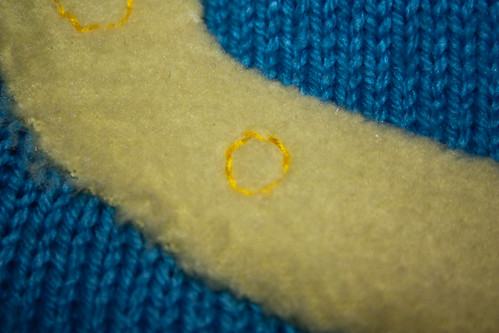 Once the horse shoe was finished that outfit was complete and ready to give to Roslin for Christmas. I think she likes it. 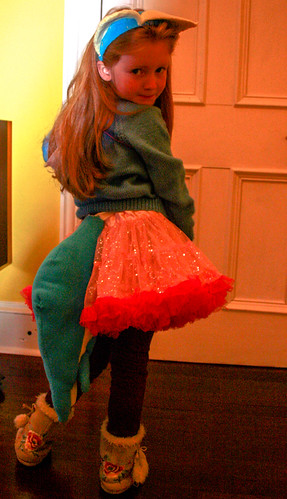 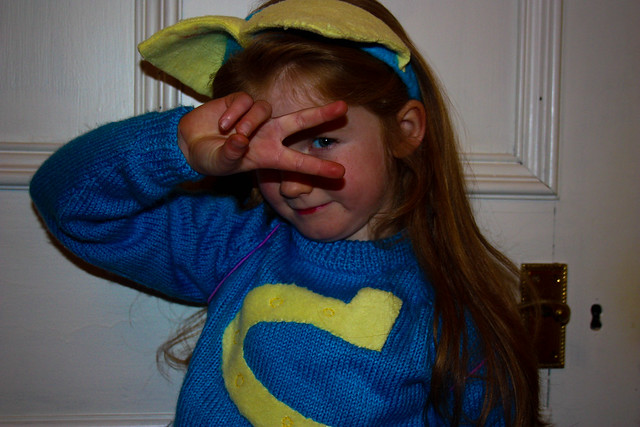 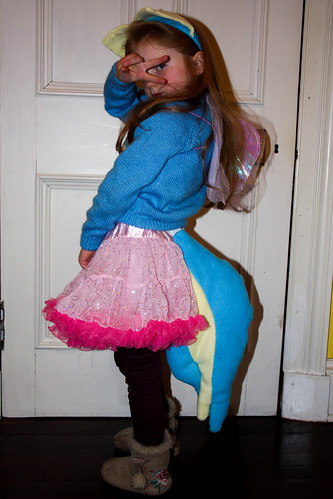