With gishwhes registration opening early this year, I decided to do some preperation and it came in the form of needlefelted mascots.

The mascot for 2015 is the Dinomite and he was the inspiration to start needle felting.

The dinomite came together quickly with raw wool over a frame of pipe cleaners so his limbs would be poseable.

After I posted on my teams page he became an instant hit and i offered to make some more for some of my team. little did I know that my team was actually going to change but I am however still glad I made them.

Once my first was made I had in my mind to do the rest of the mascots and they all soon came to life, with elopus the 2014 mascot being next. Elopus is half elephant half octopus. Next I decided to do something a bit more complicated and tackles the 2013 mascot the Wooster. The wooster is half wolf half rooster and this was going to be more complicated. I used a blending tool for the first time on his body and the end result was nothing short but amazing.

My team mates asked if I would then show them how these were made and with only the Fograt to go. Half fog falcon half rat the 2012 and first mascot was my final chance to show them how it was done.

I started with the feet, as usual pipe cleaners were top of the list for what to use this would let me move them and adjust the stance for best balance.

Next I used raw wool to make the shape of my fograt.

To get the balance right as the head obviously would make it topple I added some fishing sinkers into the body while I was felting. I used fishing weights which were added above the feet and this helped keep fograt balanced.

The eyes were next to be done, I considered felting the eyes but I wanted something that looked better so I used 5mm glass eyes which I purchased from ebay.

Next was time to add some colour. I used a grey merino wool for the head. I find the merino is soft and easy to use and can be left slightly fluffy instead of a tight felting to give the animals a fluffy realistic look.

The body was also covered with merino wool with the wings and tail being made seperatly and attached prior to body covering. 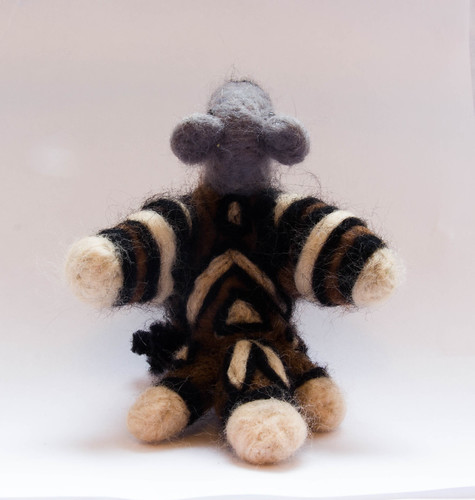 I decided when doing the body to add a cream pattern with black surrounding to give the fograt some texture and a bit of character as the plain brown was just a bit boring and the fog falcon has stripes but in the world of gishwhes anything is possible so I decided just to have a little fun with the design on the body and the front ended up looking like a sun. 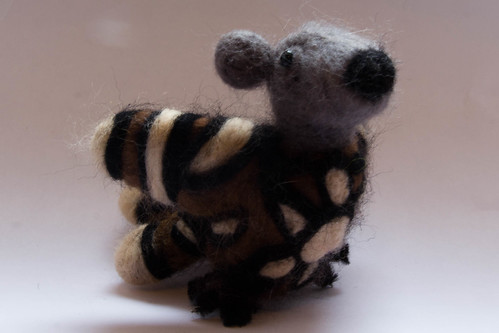 With completion of the Fograt my arm was complete and ready for the hunt in August. 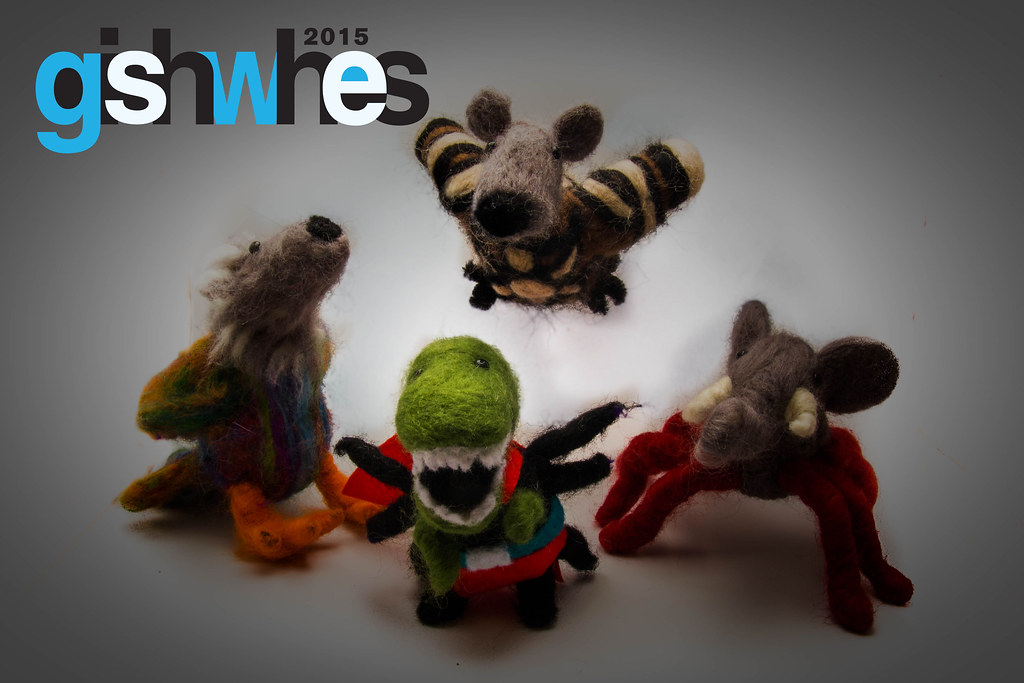 Little however did I know that they would be needed long before that with gifwhes the pre hunt fun hosted by dinomite and gishwhes over on tumblr.

They posted an item that proved to be just perfect for my little army.

And I was only to happy to get to work and show them what my little felties and myself could come up with.

The results are in and I WON!