This is my first thing I made in years and it quite simply is a monster puppet that I made for my daughter. 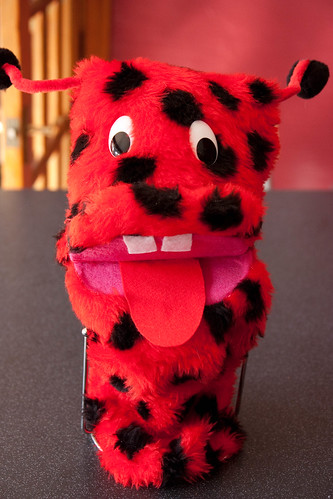 This was made long before I decided to make a site of things I have made so I will do my best to explain how I made it but sadly there is no work in progress pictures.

Firstly I made the mouth.  I is made from felt glued onto card.  I made a circle that overlapped the card so there would be no edges.  Next I cut the card in half and glued it to the felt with a slight gap between to allow the mouth to open and close.  Next I sewed on the teeth and tongue. 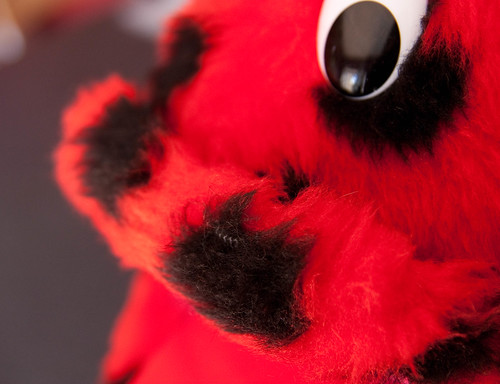 Next it was time to attach it to the fabric I got from Remnant kings.  Firstly I rolled up some the the fur to make a lip and sewed it onto the top of the mouth I had already made.  I did not cut the material at this time as I planned to make the seams to the sides rather than on top.  I pulled the material up to where I wished the monsters head to reach and pulled it back down on it’s self.  I then stitched it together from the middle of the mouth up to almost the top.  It looked like a furry envelope at this point.  Next I attached the antenna.  This was made from a thick pipe-cleaner with a pompom sewen on to the end.  These were stitched and glued inside pointing down along the seam.  The edge of the head was then stitched up so no gap would be visable at the pipe-cleaner. 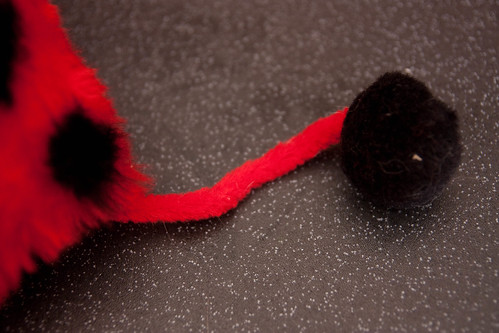 Next I attached the eyes and stuffed the top of the head with stuffing.  The stuffing has to be fairly firm to stop the head flopping over so make sure it is well packed. I then stitched in a piece of fur from the inside of the lip to the back of the head to hold the stuffing in place. 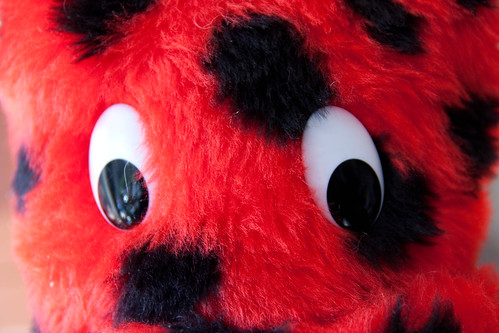 Next I took more of the fur and attached it at the bottom of the mouth.  I decided I wanted my monster to have a bit of a chin as without it made the face looks a strange shape so when stitching it the the remaining dangling fabric at the back I left to loose so I could have a chin and once past the point I pulled it a little tighter to make the neck. 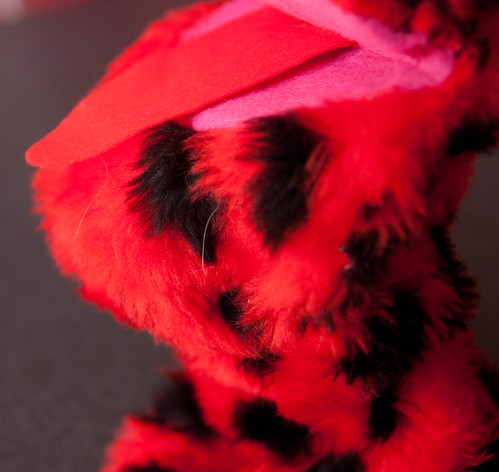 This was a nice quick project and only took me an afternoon and it looks great and a fun toy. 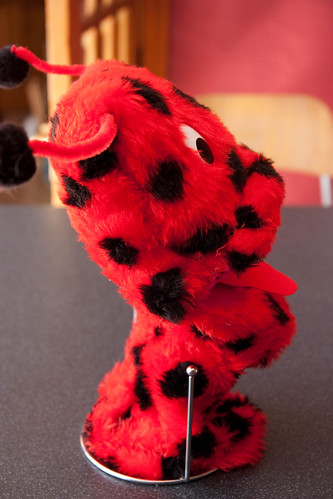 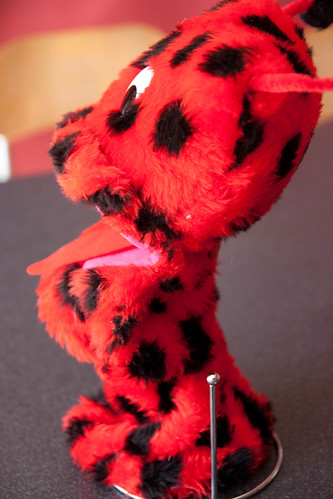 One thought on “Monster Puppet”