Since one homemade mascot is never enough I decided to take the plunge and make another one. My daughter has been rather into puppets again (well for this month next month anyway) she has a couple an Ostrich called Olga and the monster I made her years ago, so it was an easy decision that I would make this for my photographer and best Gishwhes helper ever.

I just wished I had made it before we went to the Gishwhes Tea Party in Edinburgh but at least all the girls got to meet Olga. 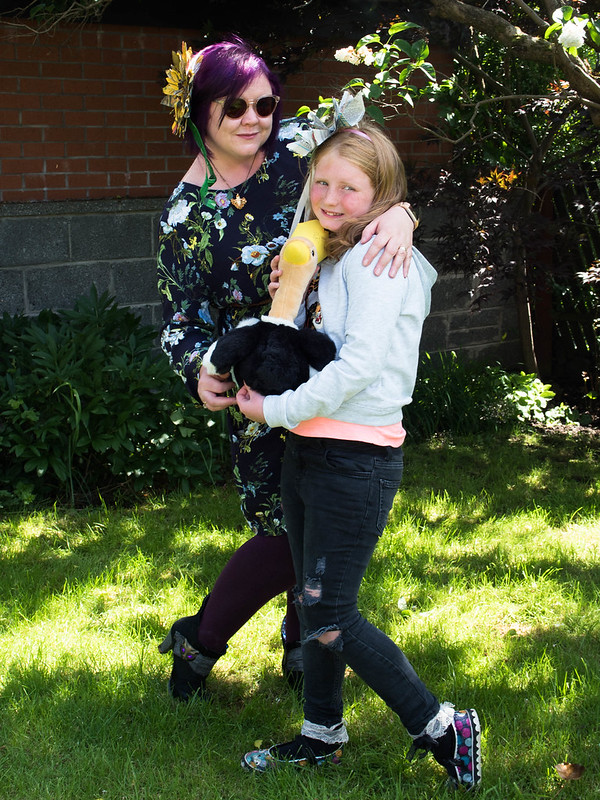 Rather than buying the fabric and doing the whole thing I cheated a little. I used a Folkmanis Hand Puppet which still remains under the panda and I got a cheap second hand Ikea Panda off ebay 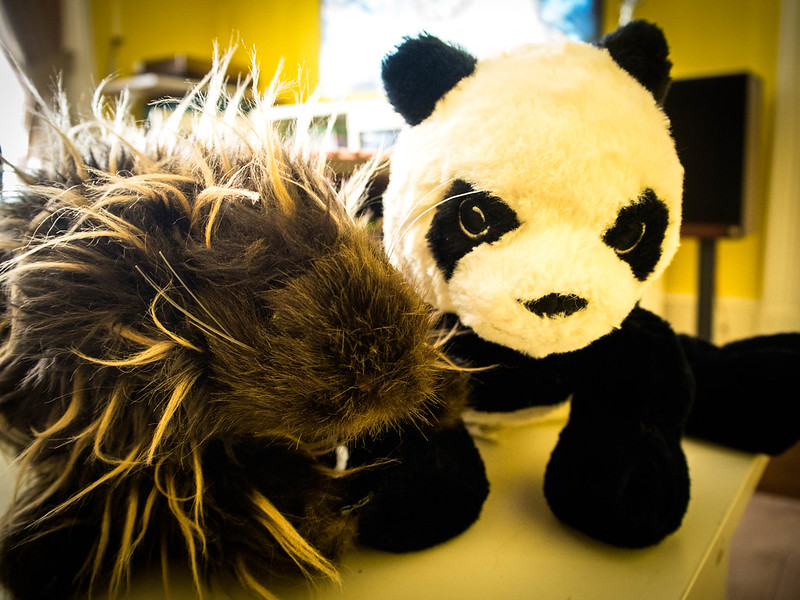 First I had to cut up the panda. Like the queen of hearts I chopped off it’s head and started to remove the stuffing. 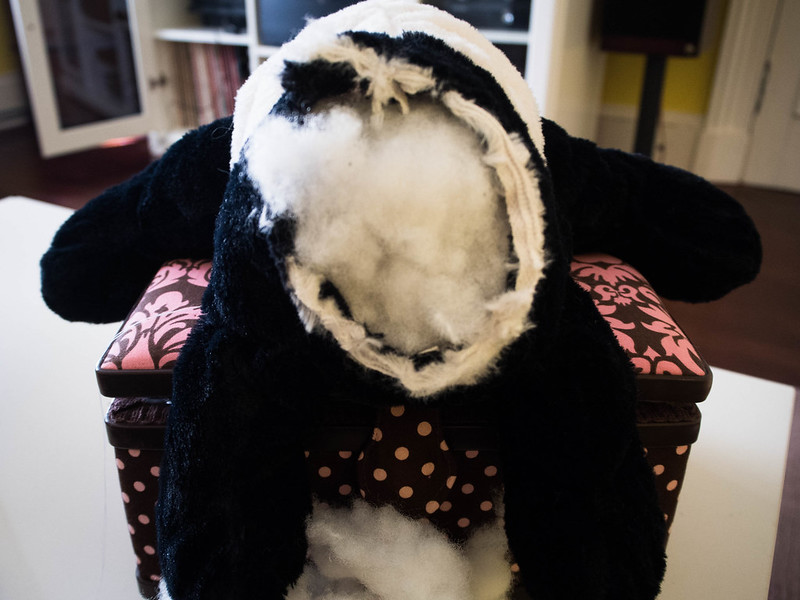 The head of the panda was much bigger so I had to cut of the white head away from the panda and the ears for attaching again later. To get the size right I pinned the head to the porcupine, adding some of the stuffing to help it keep the correct shape and tucking the endges into the head to make sure I had the right shape. It helped to follow the hair line of the porcupine and this made it easier to sew rather than into the thick fur. 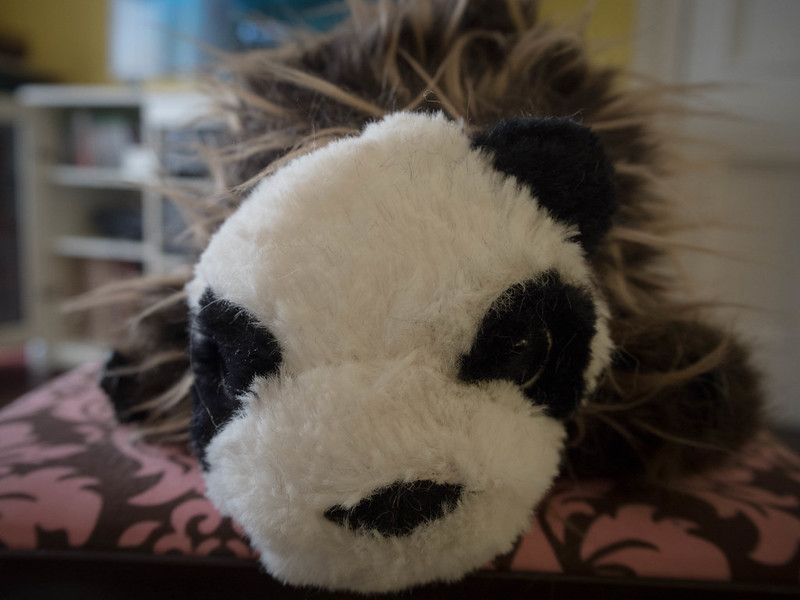 Ears were hand stitched on once the head was attached. 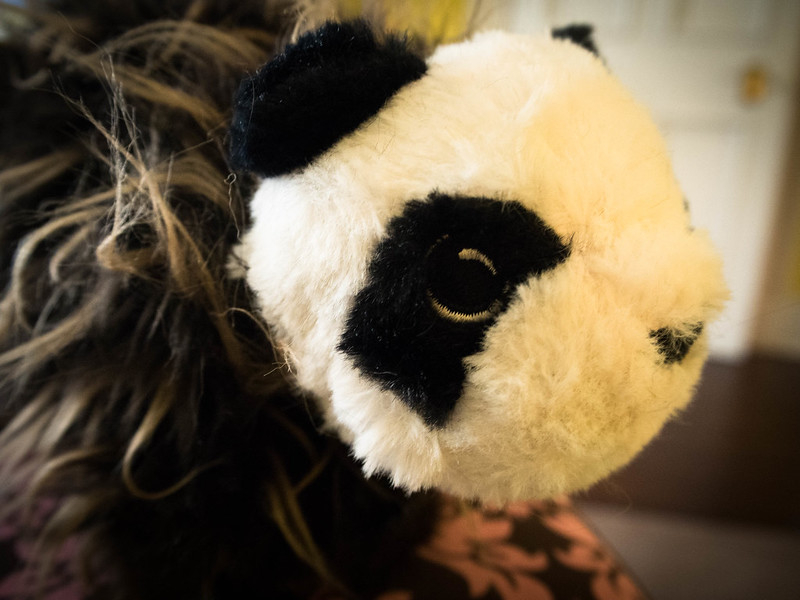 Next was the legs. I wanted the chest to also be black so I needed to make the most out of what panda I had left. I removed the stuffing from the panda body and cut off it’s legs and stripe around to make sure I have plenty of black fur. 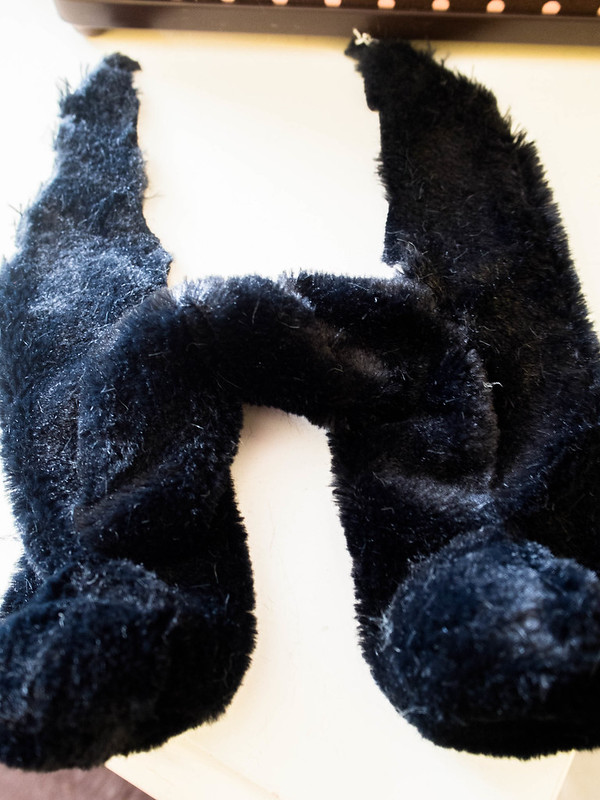 I used just the tips of the feet to cover the porcupine again pinning them into place and using some stuffing to pad them up. They were then stitched into place and the underside neck and chest was cover with the remaining black fur. 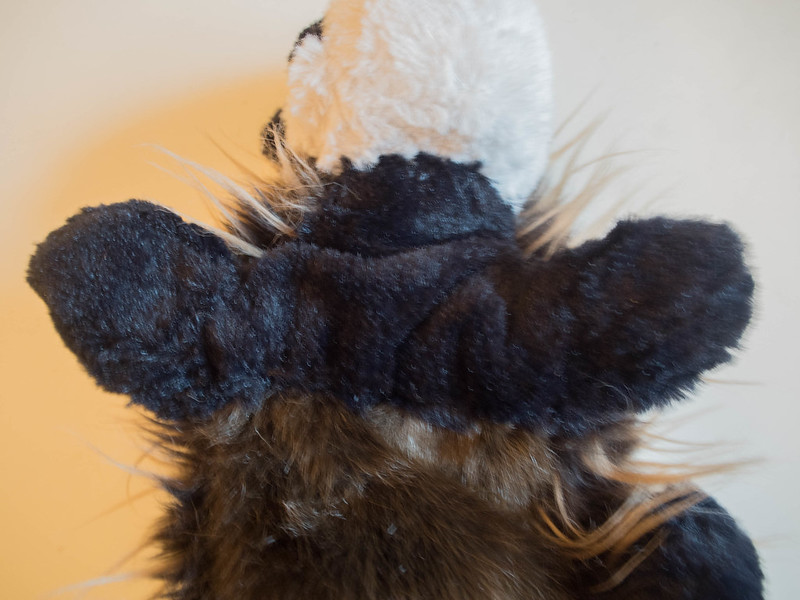 Back paws were done the same with the back paws cut off the panda, pinned onto the porcupine and hand stitched. 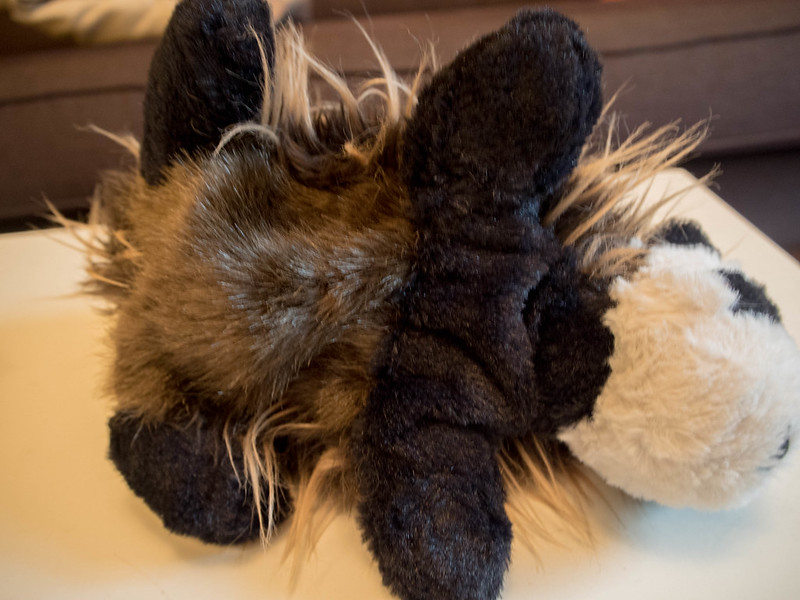 All I had left over was a bit of Panda butt and some black scraps and a whole heap of stuffing.

Even though Panda met his demise I am now however the proud owner of a Porcupanda. 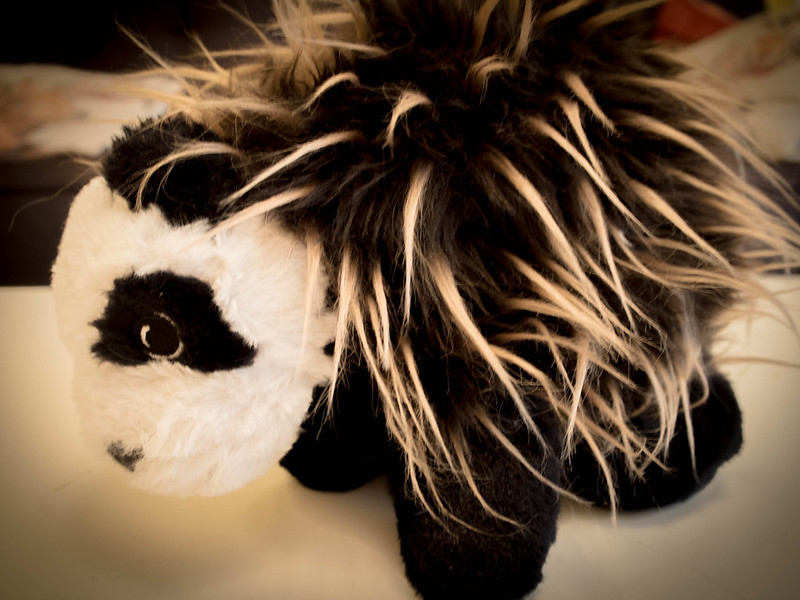 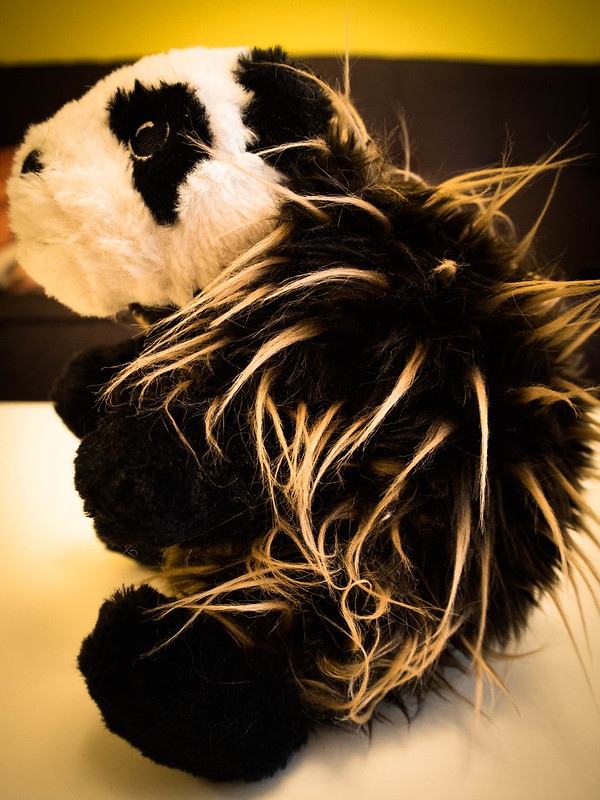 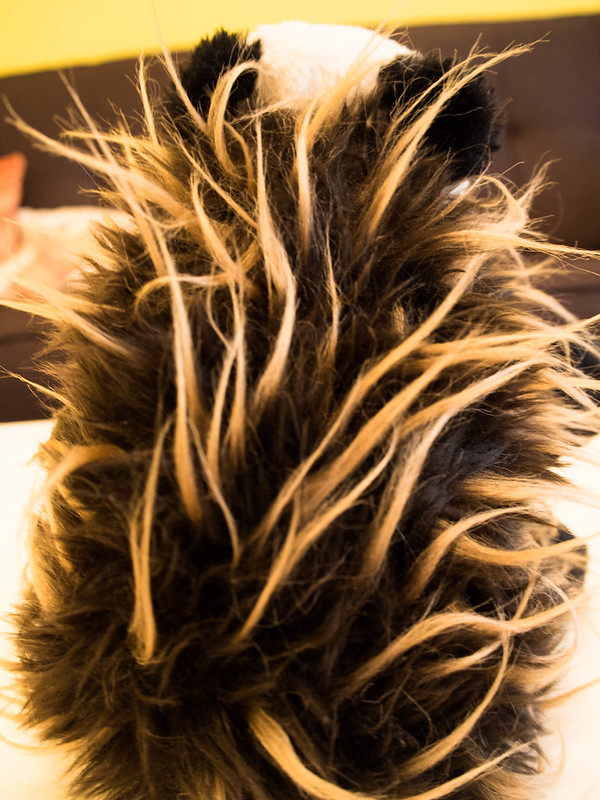 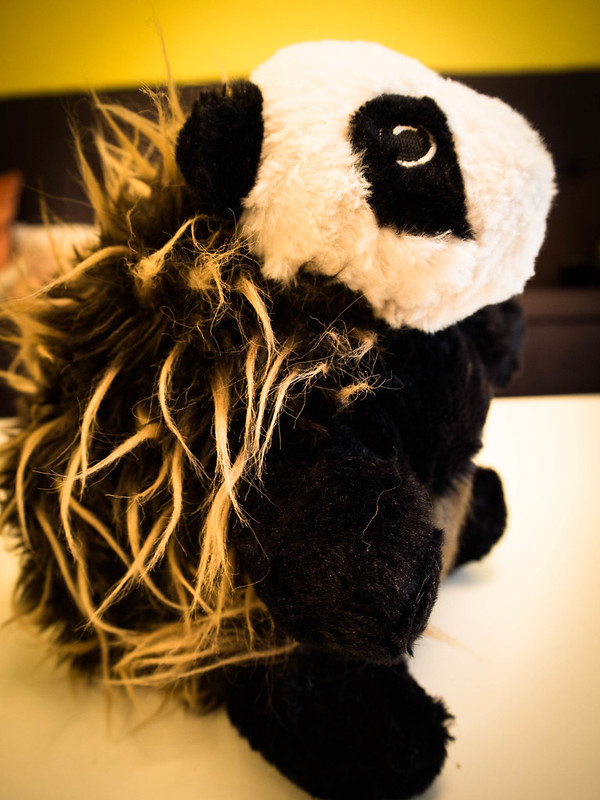 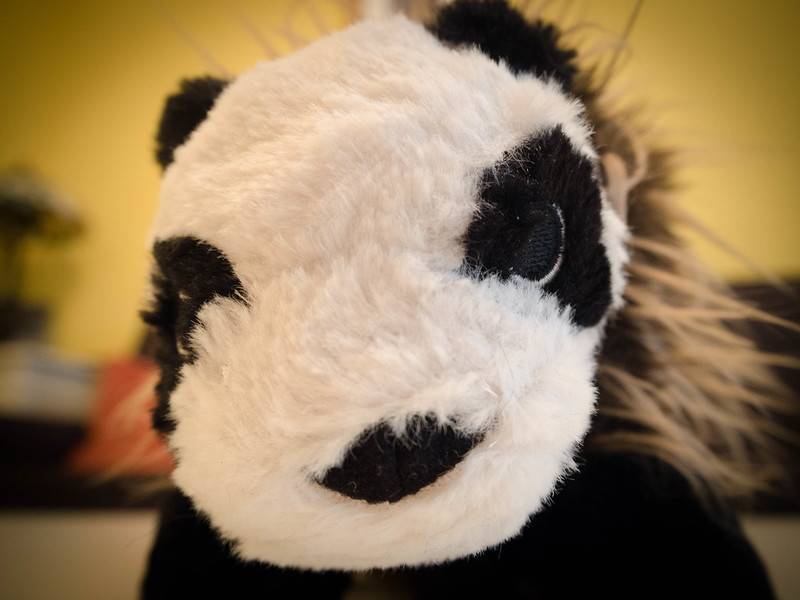