A couple of years ago I was driving past a house that was being cleared by the council and the item they choose to stand on was a treadle sewing machine. It had been left in the house for years and was not looking as good as it used to however I saw an opportunity and it became mine. 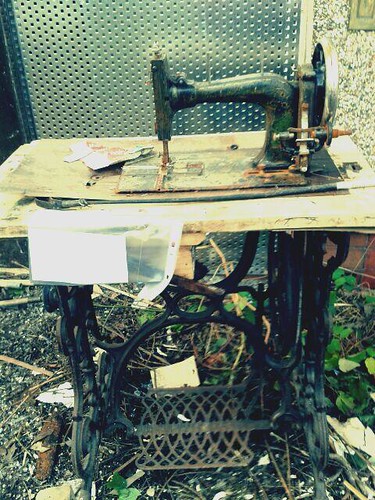 On closer inspection there was still some nice details visible on the machine and the legs still seemed very sturdy. 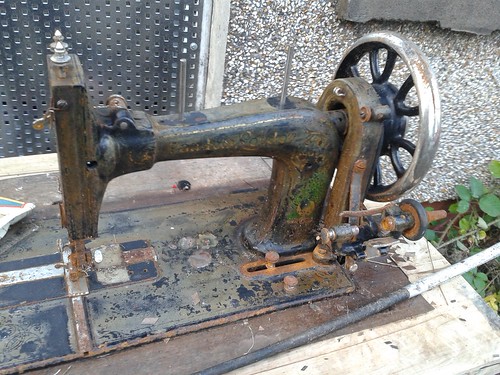 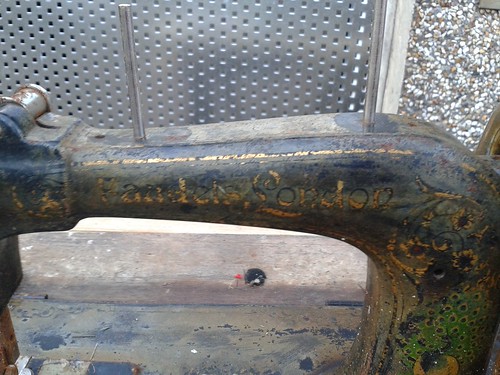 I was able to dismantle the top removing all the rotten wood but I could not make the machine move which was disappointing. I decided instead to keep the treadle and change it into a table. There was a lot of rust on the frame so the first job was to get out the wire brush and get it ready for painting.

Once all the rust was off I painted it with smooth hammerite paint. 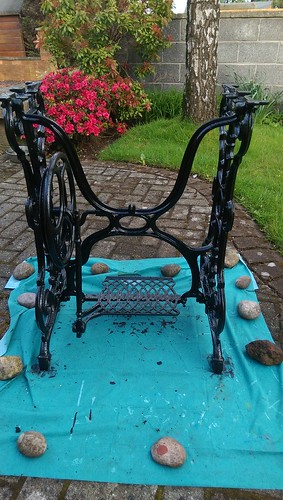 After some time to dry I attached some oak that I purchased from homebase. The plan was that our fishtank was going to sit on the table so the wood I used was slightly bigger than the tank but strong enough to support the weight of the tank. 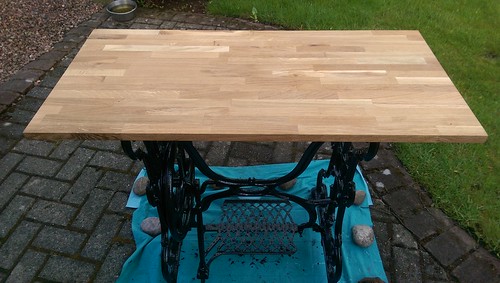 The table looks great and the fish have a new home in our dining room. 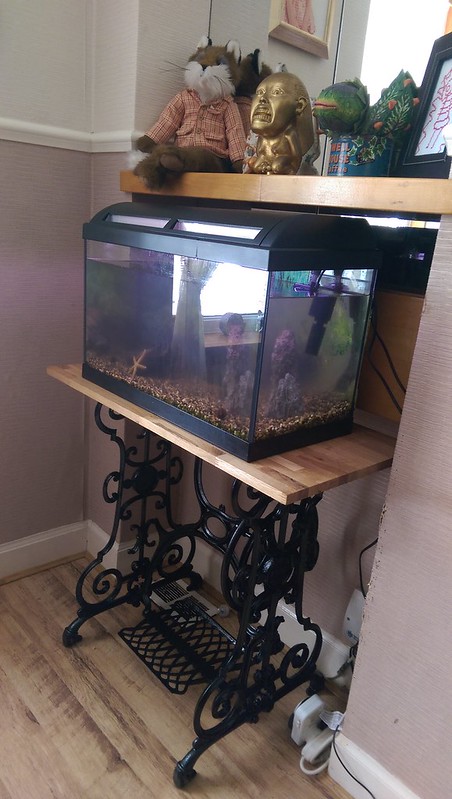