I notice I hadn’t shared any pictures of the wonderful 2016 mascot that I needle felted. I decided to crack out my new light box and take it for a whirl.

Slangaroo is half a seal and half a Kangaroo. She came into the job of mascot after Dinomite refused to leave after his year on the job and was forced to leave by all the other mascots.

I as always needle felted her. 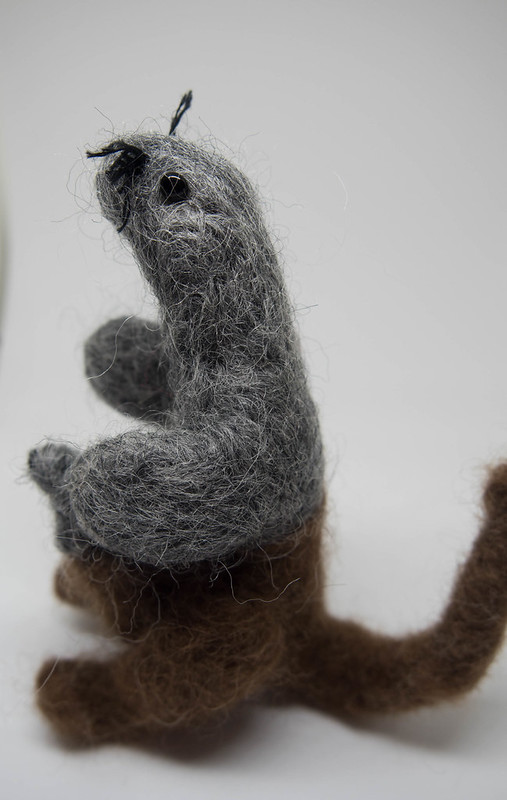 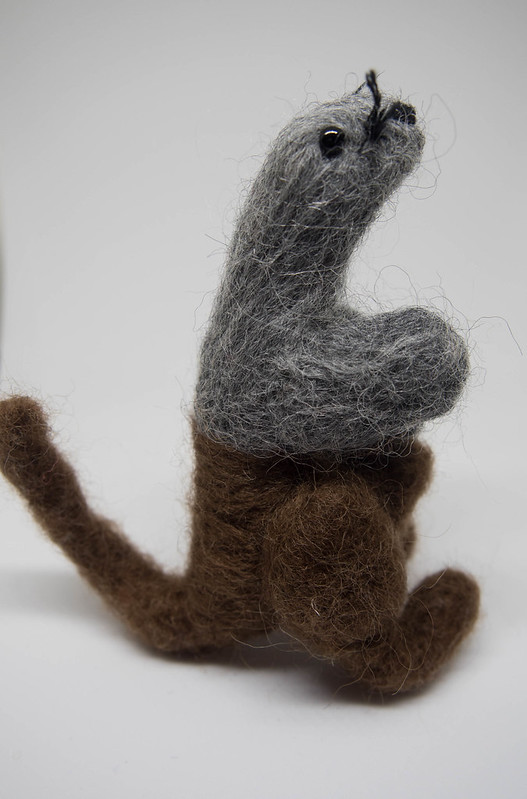 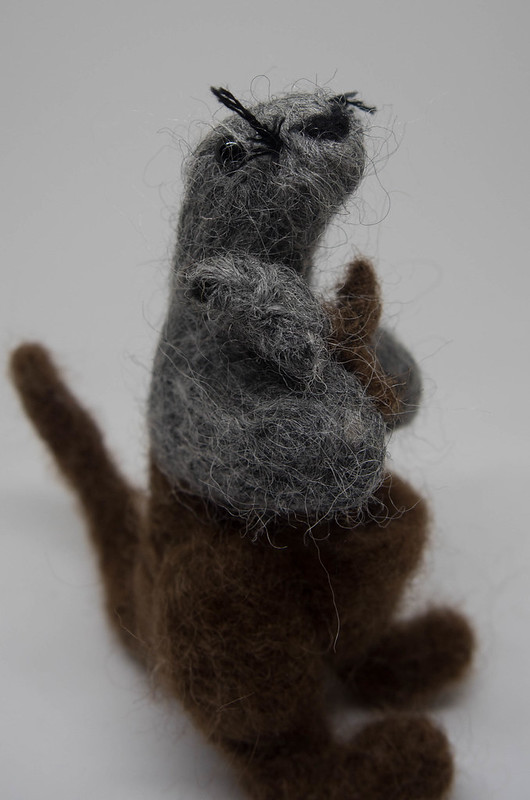 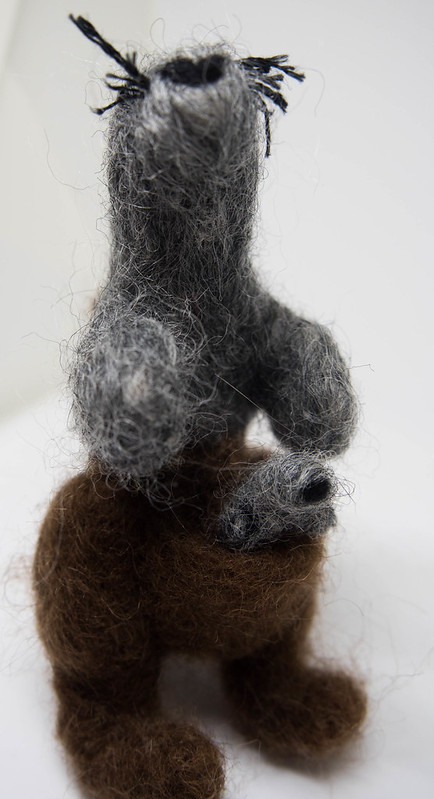 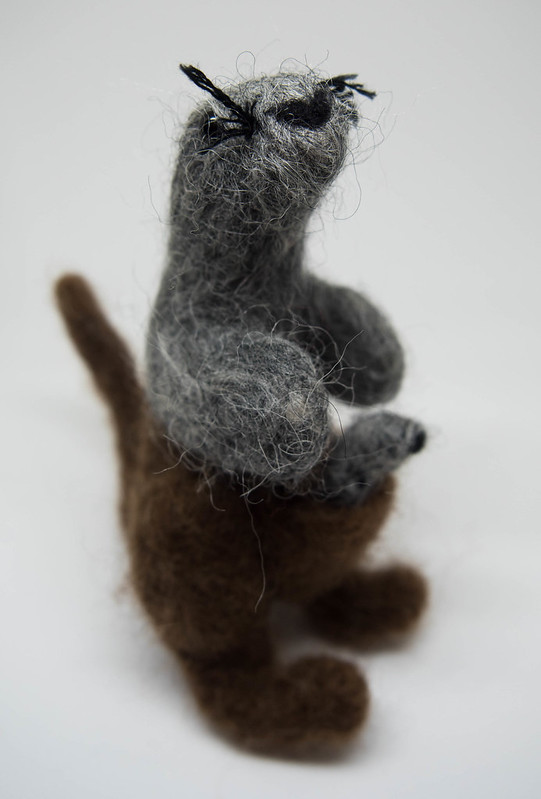 She was made the same as my previous mascots with raw wool felted around a pipe cleaner frame. 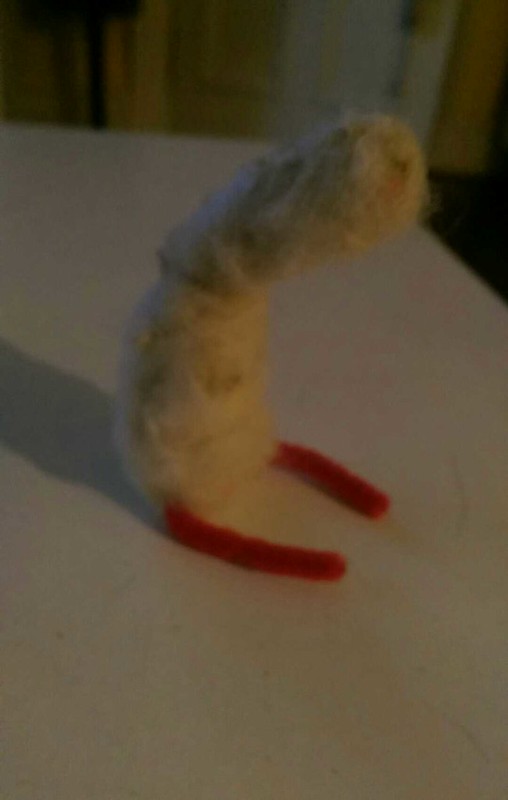 I continued to build up layers and the shape while adding more pipe cleaners for the fins to constructed on. 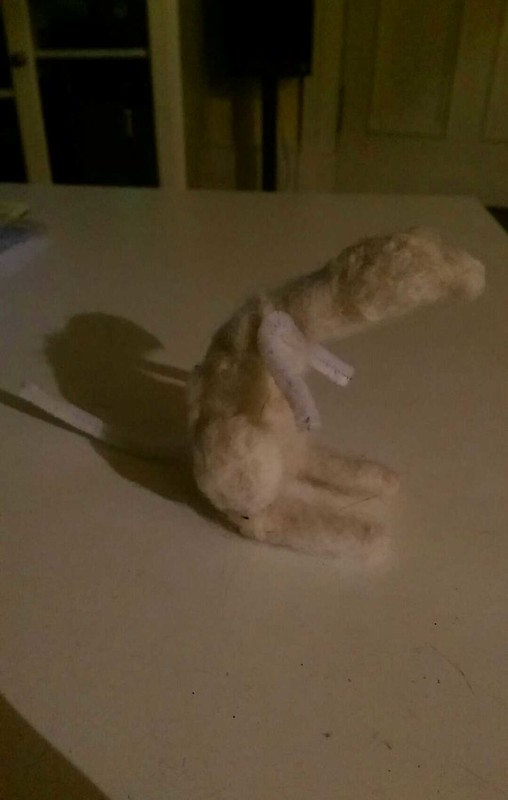 Eyes were attached once there was the fully covered raw wool body. At this point she has no pouch as that was made entirely from the morino coloured wool. 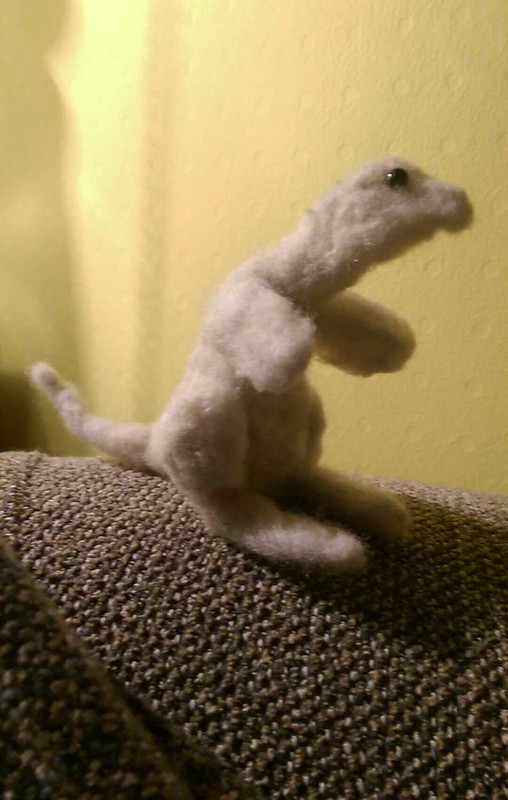 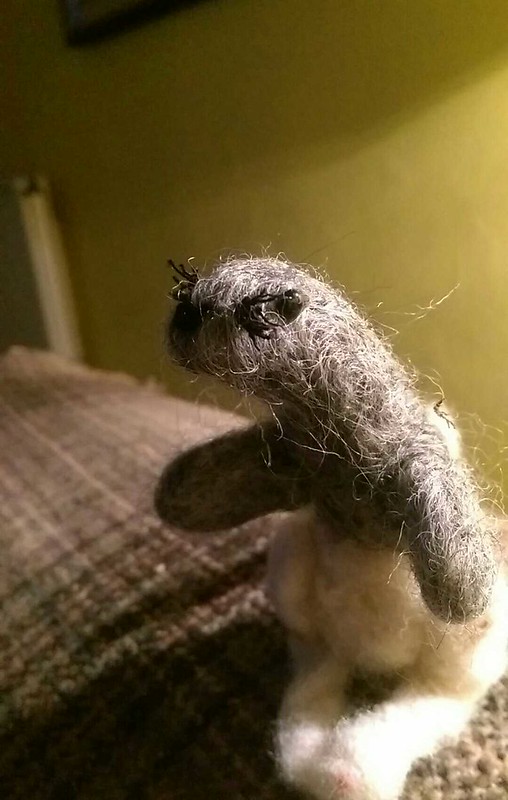 I started with the seal part using a blended wool, this is a grey but has mixed tones to it, and I felt it would work as a better colour for her rather than a flat grey. Whiskers were a must these are embroidery thread that I used the felting tool to push into place.

I didn’t use raw wool to make the joey I just started on it while I was woking colouring in the body, I twisted and rolled the wool to get the shape and used the needle to make the shape. Due to the sixe I used felt for eyes as even my smallest eyes were way to big for little Joey. 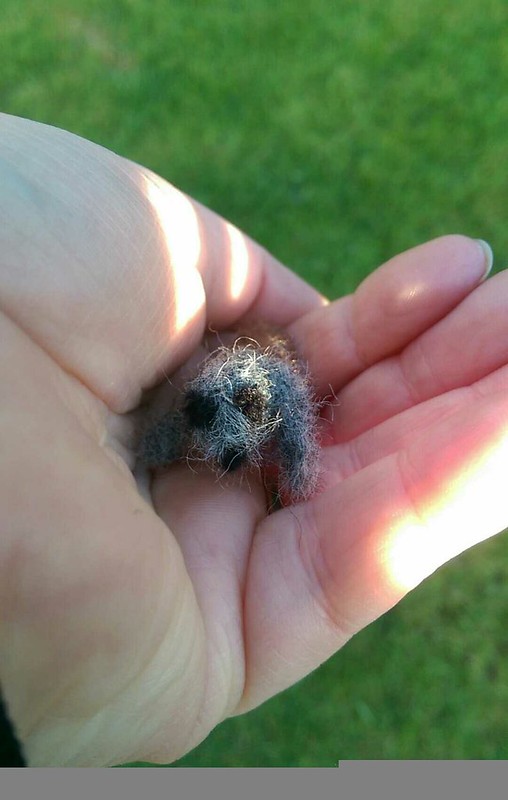 The kangaroo part was already formed with the raw wool so it was simple to cover and using just the brown I made a pouch in front. 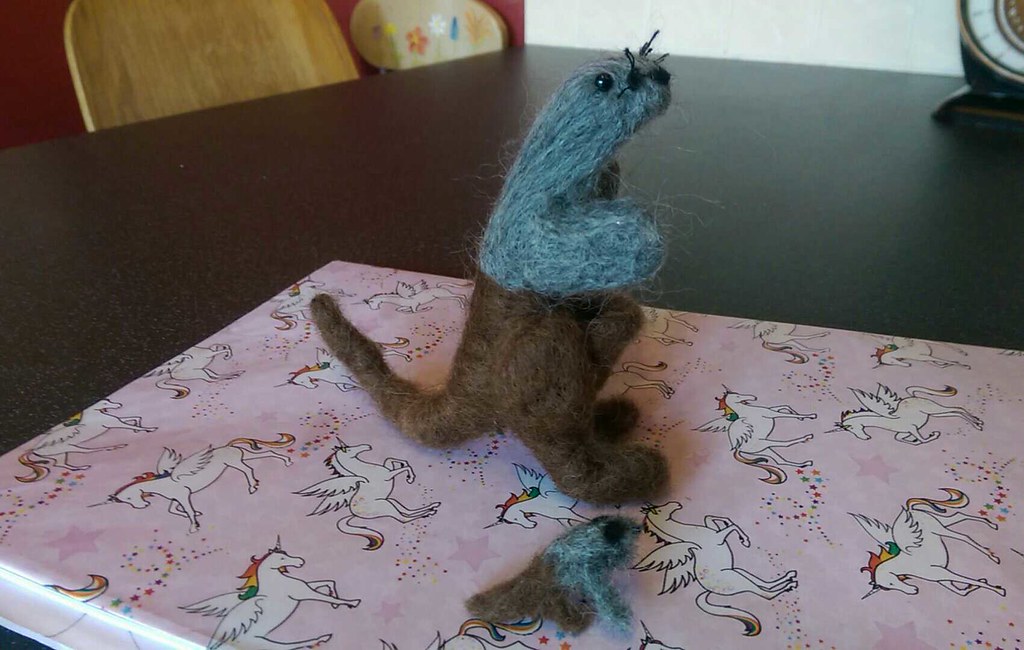 Unlike many of my other mascots she did not need the weights as the tail and the Joey kept her balanced.

And there you have it, one Slangaroo!