Star Vs. The Forces of Evil has become a favourite in our house with Roslin being it’s number one fan. She has the books and has watched every episode about a million times, and whats not to love a magic princess from another dimension with a kick ass wand as the main character i’m not surprised she loves it.

One of the main items from the show and loved by my daughter is stars wand. Powered by a tiny unicorn it’s capable of some pretty awesome magic like narwal blast and spider in a top hat.

So I obviously needed to make Roslin the wand. I asked which wand she would like and Roslin liked the series 2 wand but didn’t want the broken star. 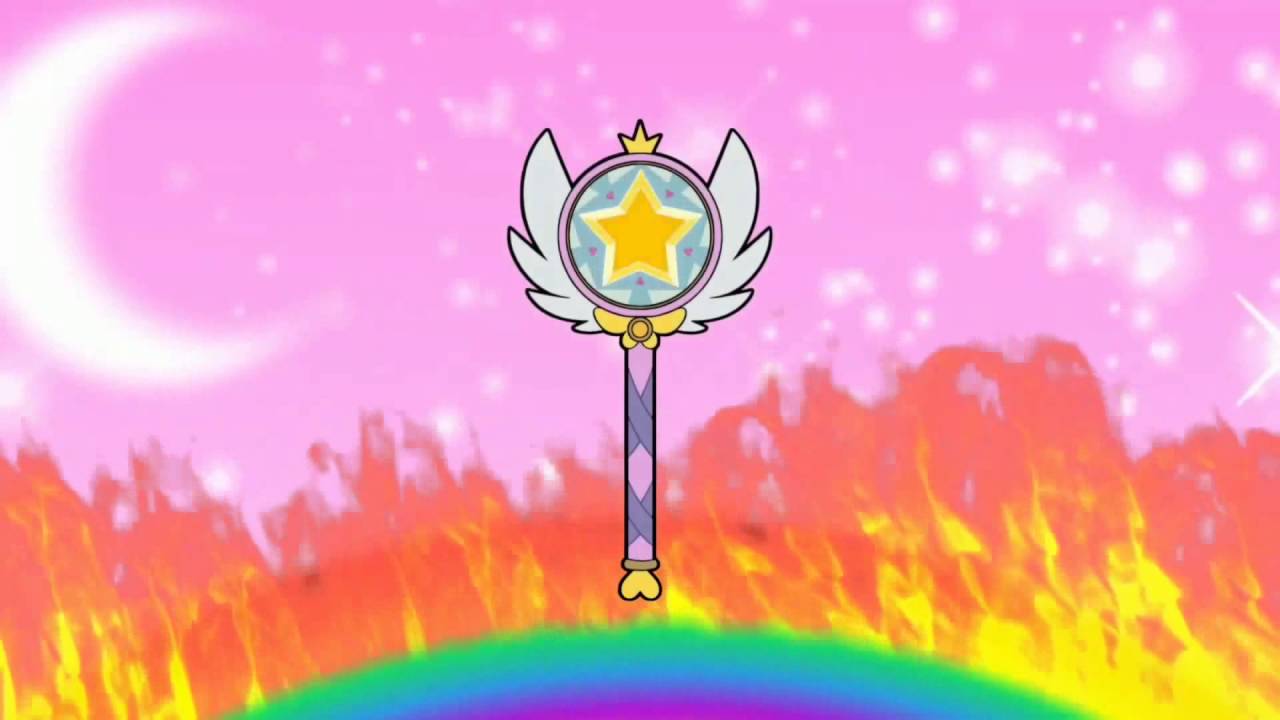 Sine I’m all about making things easier for myself I used a kids drum toy as the base and decided to use Warbla since it had been a while since I got to play with it. 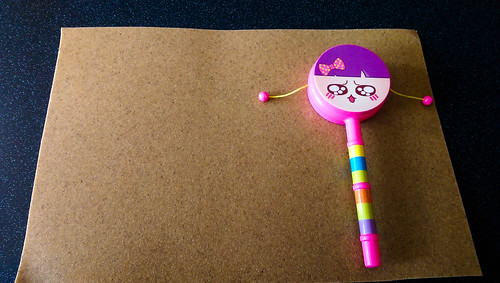 I cut up a polystyrene egg to use it on the back of the wand to get the rounded shape I needed. 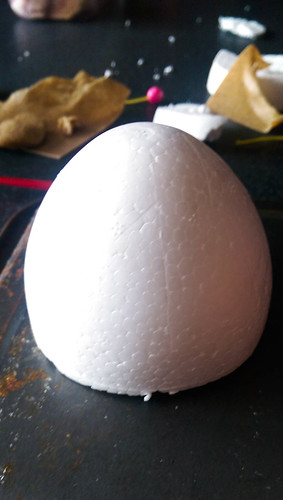 Which I then covered in worbla using my heat gun to warm it. 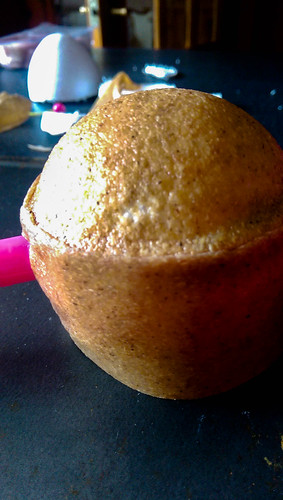 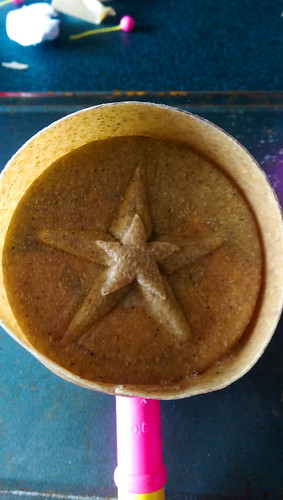 I then folded over the long length of worbla around the front. It’s starting to look a bit more wand like now. 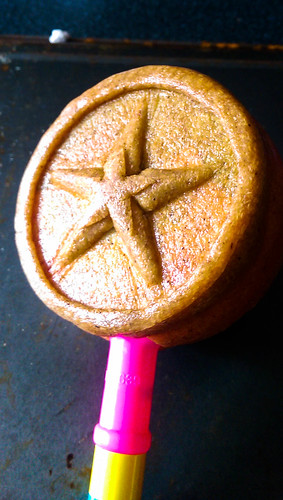 Next I started to figure out the size I would need for the wings and crown on top. 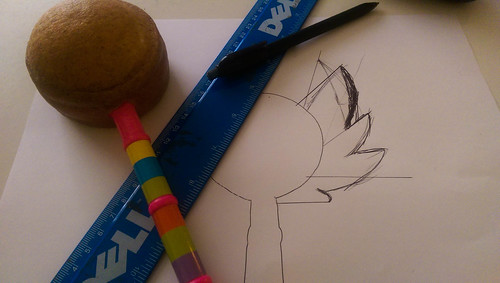 I used my drawing as a template and cut out the shapes I needed. 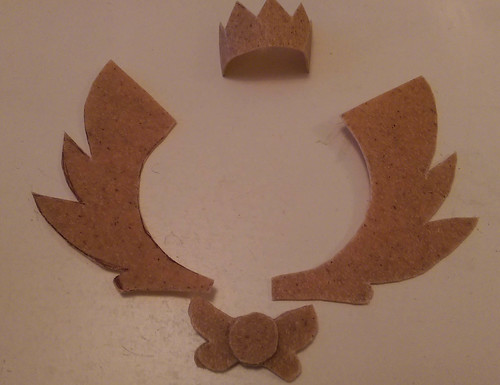 It was then just a matter of attaching all the bits to the wand. Again I just used my heat gun to warm the worbla to attach it. 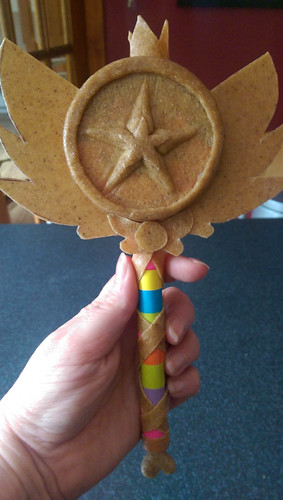 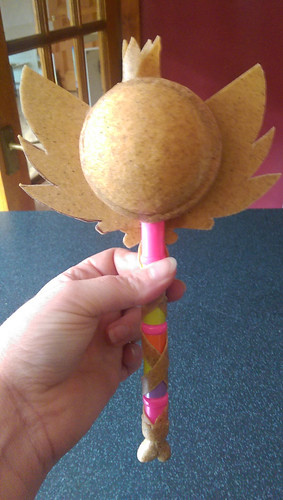 I then used wood glue to prime the wand. 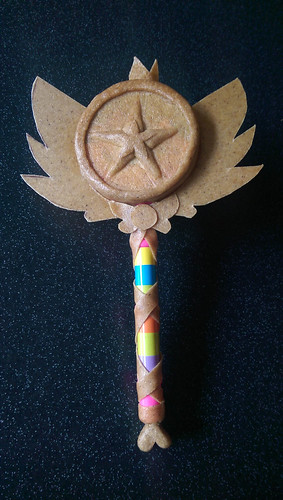 The last thing I did before handing over to my hubby to paint was to apply a white base coat of paint. Due to the wand being such light colours we didn’t want the worbla tainting the paint so it was given an all over white coat. 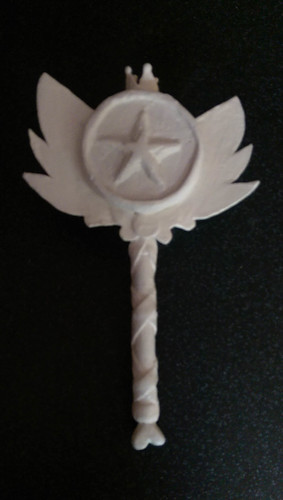 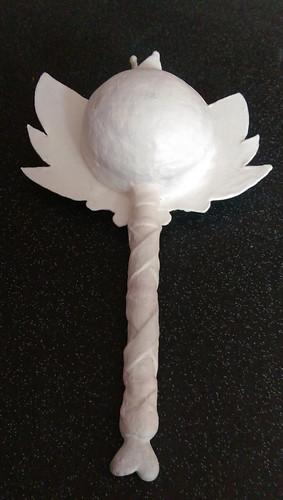 And after a weekend of painting and varnish the want is finished and Roslin loves it! 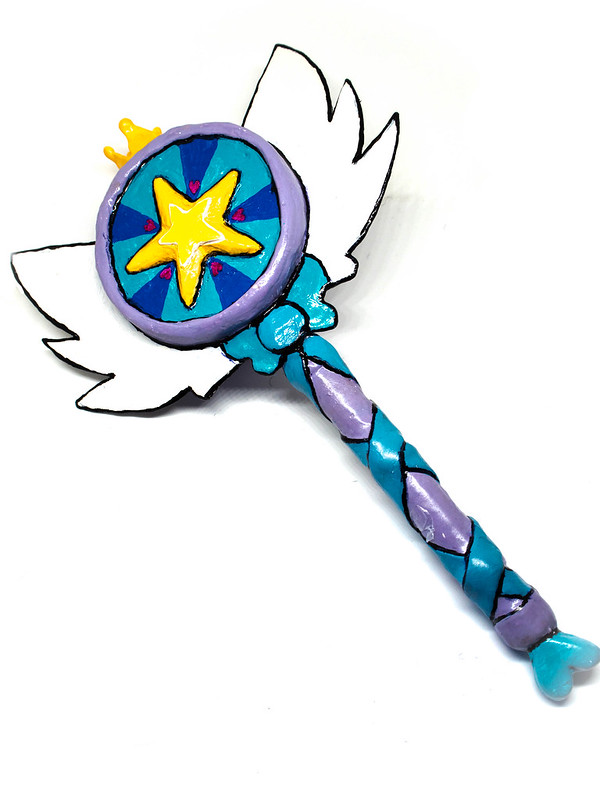 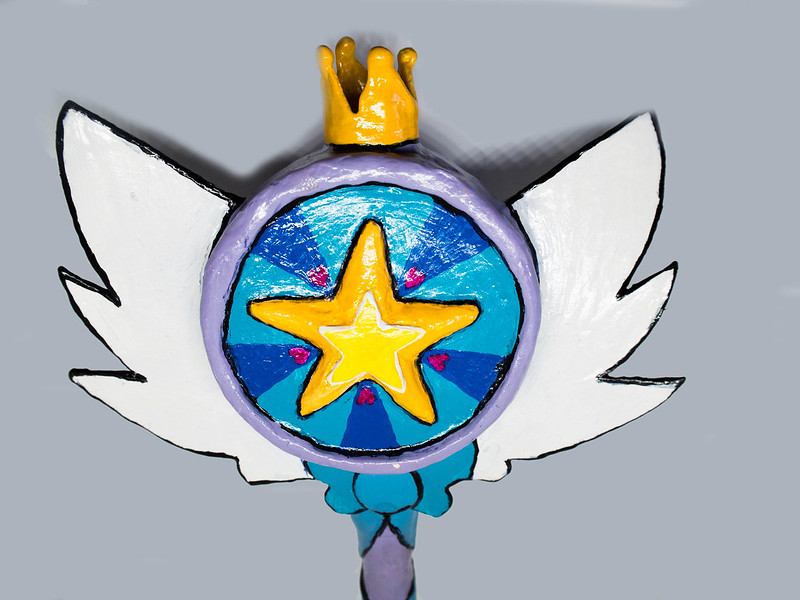 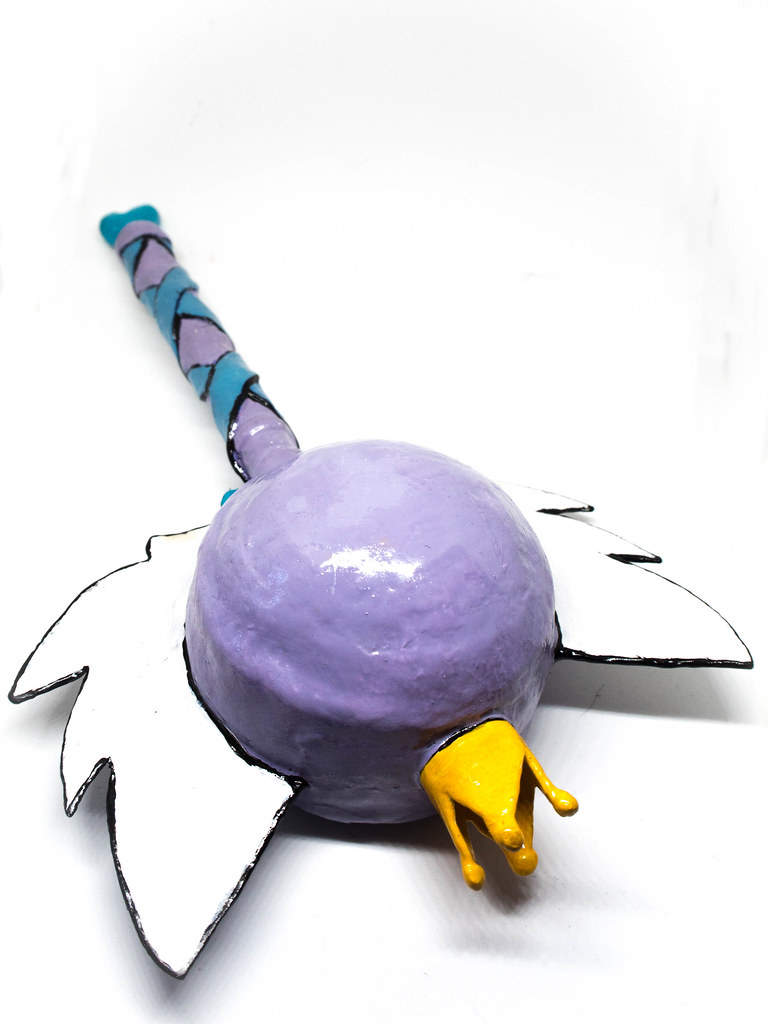 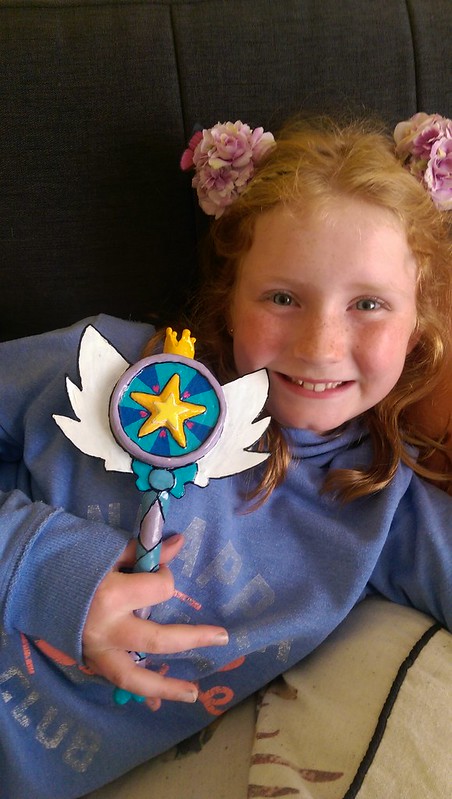